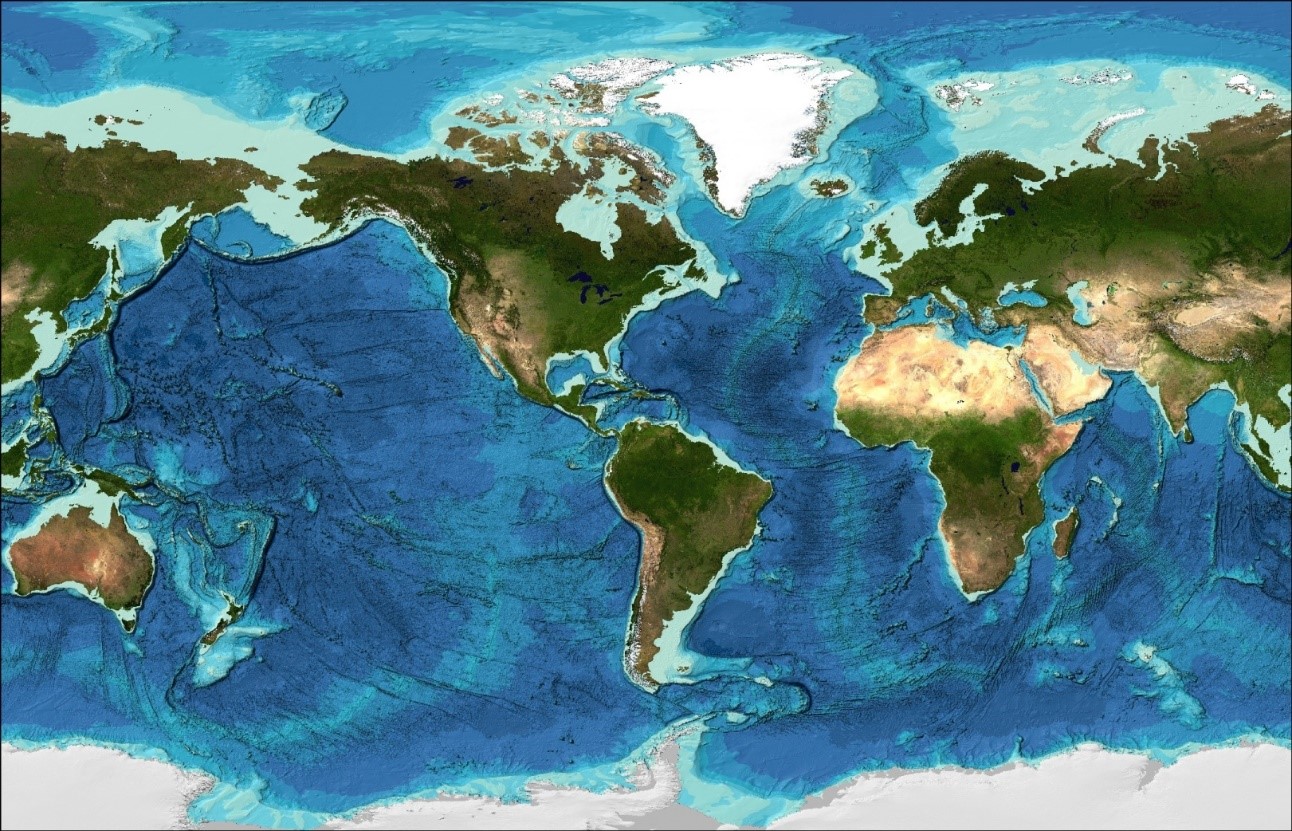 London, Tuesday 22 October 2019 – Three new global initiatives for mapping the world’s entire ocean floor have been announced in London at a special conference organised by The Nippon Foundation-GEBCO Seabed 2030 Project, the international collaborative project to produce a complete, freely available map of the seafloor by the year 2030.

They will be overseen by the new Seabed 2030 Director, experienced UK hydrographer and former naval officer Jamie McMichael-Phillips, whose appointment was also announced at the conference.

The event, From Vision to Action, which took place at the historic Royal Society on Tuesday 22 October, was convened to mark the progress made in the two years since Seabed 2030 was launched, and to look ahead to the remaining challenges of mapping the gaps in our understanding of the seafloor. In the short time that it has been operational, Seabed 2030 has already seen a doubling of the bathymetric data available to produce the definitive map of the world’s oceans – an increase equivalent in size to the landmass of the entire African continent.

As part of plans announced in London by Mr Yohei Sasakawa, Chairman of The Nippon Foundation, Seabed 2030 will provide vessels around the world with data-gathering equipment to enable them to contribute to the project. These vessels will have data loggers installed to record bathymetric information, increasing mapping capacity and capability and establishing new connections between Seabed 2030 and owners of vessels including fishing fleets, tourist boats, and pleasure craft.

In some of the most remote and poorly mapped frontiers of the ocean, Seabed 2030 will fund additional dedicated mapping days for already scheduled expeditions, and create a pool of experienced multibeam echosounder (MBES) operators that can assist expeditions lacking this data acquisition capability to ensure that vital data are collected at all times, including during transit. This model was recently employed in Seabed 2030’s partnership with the pioneering Five Deeps Expedition, led by explorer Victor Vescovo, which gathered detailed bathymetric information at each of its dives to the five deepest points in the world’s oceans.

Seabed 2030 will also champion the development of innovative, scalable new solutions to increase the efficiency, safety, and cost-effectiveness of deep-sea mapping, paving the way for public participation on the widest scale possible to meet the project’s goals.

“The Nippon Foundation-GEBCO Seabed 2030 Project is inspiring an international movement for advancing our understanding of the oceans” said Mr Sasakawa, who launched Seabed 2030 at the UN Ocean Conference in 2017. “This can only be achieved through cooperation and collaboration between scientific research institutes, private organisations, and industry partners on an unprecedented scale. Everyone who travels, explores, or uses our oceans has a role to play and can benefit from this initiative.”

“A complete map, accessible by anyone, anywhere, will be an invaluable tool in the global effort to protect our oceans for generations to come.”

From Vision to Action brought together some of the world’s leading ocean scientists and maritime organisations, including representatives from the International Hydrographic Organization (IHO) and the Intergovernmental Oceanographic Commission (IOC) of UNESCO. Also in attendance were delegates from the XPRIZE Foundation, industry partners, and the team behind SEA-KIT, the unmanned surface vessel (USV) which formed a key part of the GEBCO-Nippon Foundation Alumni Team’s winning entry in the Shell Ocean Discovery XPRIZE.

The conference was opened by HE Mr Koji Tsuruoka, Japanese ambassador to the UK, and addressed by Prof Andy Hopper, Treasurer and Vice-President of the Royal Society. The keynote speech was delivered by Rear Admiral Shepard Smith, Director of the Office of Coast Survey at the US National Oceanic and Atmospheric Administration (NOAA), who spoke about the importance of Seabed 2030 and further international collaboration in support of its aims.

The day also saw the announcement of Mr McMichael-Phillips as the new Director of Seabed 2030. His appointment was unveiled by Vice Admiral (Rtd) Shin Tani, Chair of the GEBCO Guiding Committee, who opened the second session of the conference.

Mr McMichael-Phillips is currently the UK Hydrographic Office (UKHO) representative in Singapore. He was previously the UK Deputy National Hydrographer, with international experience through a long career in the navy and in hydrography. He has been closely involved in various IHO working groups, including a number of years spent as Chair of the Worldwide Electronic Navigational Chart Database Working Group.

Acting Director Dr Graham Allen, who headed up the project from October 2018, will hand over to Mr McMichael-Phillips in December this year when he formally steps into the role of Director.

“He will bring to the project broad international experience and a background that compliments other members of our team, based around the world”, said Dr Allen. “Jamie is well placed to strengthen the position of Seabed 2030 as a globally recognised initiative, and we are sure that he will be an excellent Director.”

With the release of the GEBCO 2019 grid, a doubling of bathymetric data has been made available. 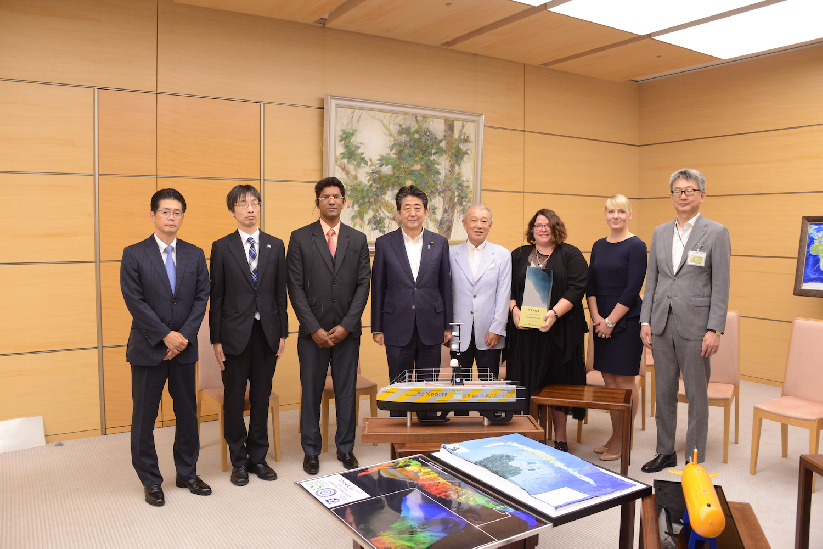